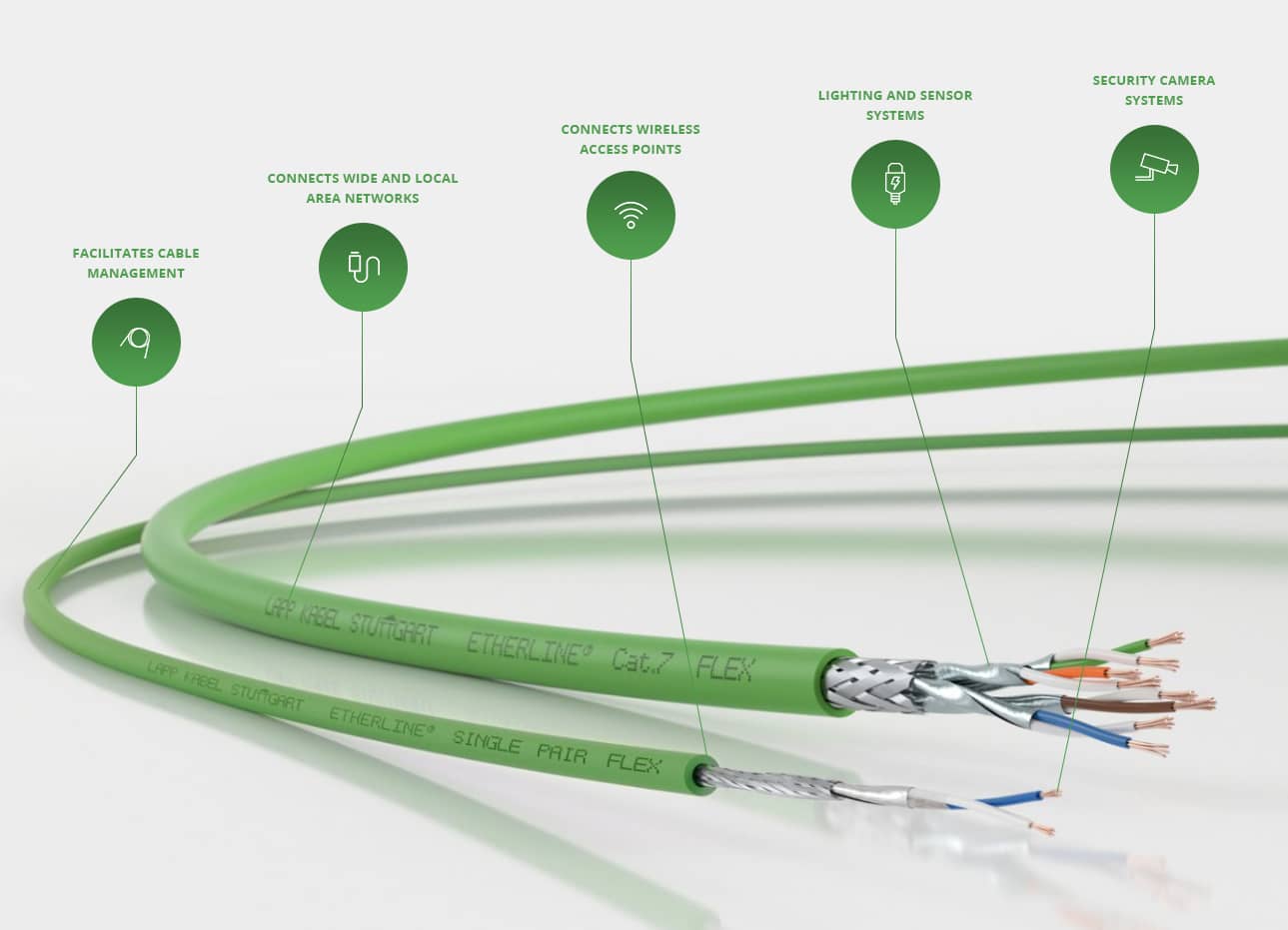 “Moore’s Law is a thing about human activity, it’s about vision, it’s about what you’re allowed to believe. Because people are limited by their beliefs, they limit themselves by what they allow themselves to believe about what is possible.”
—Carver Mead

Technology is not stagnant. That’s especially true in computing, where the rapid pace of technological innovation has long flummoxed businesses and organizations looking to stay ahead of their competition and atop competitive industries.

Take Single-Pair Ethernet (SPE) as an example. A relatively recent innovation designed to speed up data transfer, it also has the potential to drive cable management into its next era. Moore’s law, it turns out, is alive and well in areas that range far beyond its original applications in IC microchip computing.

In 1965, Gordon Moore, a future co-founder and CEO of Intel, made a deceptively simple observation. In an article published by Electronics Magazine, he observed that the number of transistors in dense integrated circuits (IC) had approximately doubled every year for the past decade, and would continue to grow at the same rate for at least the next ten years.

In 1975, Moore revised his prediction to say that transistors in ICs would double every two years. At that point, legendary engineer and frequent collaborator Carver Mead popularized the phrase “Moore’s Law,” turning it into a staple of the computing industry today.

For decades, Moore’s Law became a target for the computing industry to achieve. While the annual growth of transistors in ICs has since slowed, the concept still influences and describes the rapid rate of design innovations in the computing and networking industry. Rather than a physical law of nature, Mead recognized it as a goal to achieve—which is where we get to single-pair Ethernet.

The Basics of Single-Pair Ethernet

On the surface, Ethernet has been remarkably consistent since being approved as the official networking standard by IEEE in 1985. Below that surface, though, the networking cables have been constantly adjusted, reinvented, and improved to keep pace with changing technological needs. That’s how we got to Single-Pair Ethernet or SPE.

If you were to cut open the typical Cat5e or Cat6 Ethernet cable, you would see three primary components. For Cat6 you find:

The wires are configured in four pairs of twisted copper rotating around each other. The new alternative reduces that bulk to a single pair of twisted copper, reducing both its weight and improving flexibility. More specifically, SPE has been hailed for three core benefits:

SPE was approved as a standard by an IEEE 802.3 task force in November 2019, paving the way for a variety of applications across industrial and data-heavy installations.

The physical range and nimble size of single-pair Internet have seen it quickly align itself with applications associated with IoT. Especially the Industrial IoT (IIoT) needs massive data transfers at significant geographical distances, a feat that Cat6 Ethernet had not been able to accomplish.

That’s only the beginning. As NetworkComputing points out

“Another benefit with single-pair Ethernet is standardization to one network protocol. Legacy plant and facility automation systems typically operated using one of several serial bus technologies as opposed to Ethernet. This created fully isolated networks… (SPE) will allow these networks to be combined natively. This is especially important as Industrial IoT and building automation systems begin to be managed from the public cloud.”

The Impact of SPE on Cable Distribution

The present and future of the Ethernet cable, in other words, is full of promise. A leaner, lighter, longer cable will simplify the cabling needed to connect anything from open office spaces to smart buildings. With less space needed between cabling to prevent data noise, installation should become easier and more streamlined.

SPE decreases cable diameter and allows the Internet of Things (IoT) to develop while maintaining existing channels for cable management in the foreseeable future. Though SPE is still under development, Ethernet cable technology has proven a cost-effective one-cable solution delivering both power and data to smart devices. It is also easily installed throughout the work environment without the need for an electrician. Single-pair bends around corners more easily, simplifying the installation process.

The rapid development of SPE similar ICs and idea expressed by Moore’s Law, while no longer linear in its original IC applications, remains a relevant context for technological innovation. Even basic networking needs like the cords to connect different stations, routers, and synopses continue to be improved, reinvented, and revolutionized.

SPE is no endpoint in that regard. Already, some experts are beginning to predict speeds of SPE increasing to 1Gb/s in the near future. For AV and IT professionals, the increasing simplicity of the cables also comes with a continuous need to build nimble systems that can implement new technology innovations as they occur.

In short, developments like SPE can make cable distribution much easier in the near future, and even the present. But they also showcase the enduring truth of Moore’s Law—shrinking cables will accommodate the need for more room for cables as IoT devices continue to come online at an ever-increasing pace.

This technological phenomenon also underscores the need to be ready for continuous adjustments and improvements while focusing on reuse. As the built environment becomes increasingly converged with technology, cable management will continue to be a priority in both functionality and design aesthetics.

Strategic cable management, through applications like raised floors, has to be a part of technological and space planning to account for these developments. It’s how forward-facing organizations can ensure they are well-prepared for continual innovations, staying ahead in competitive industries with changing hardware needs.