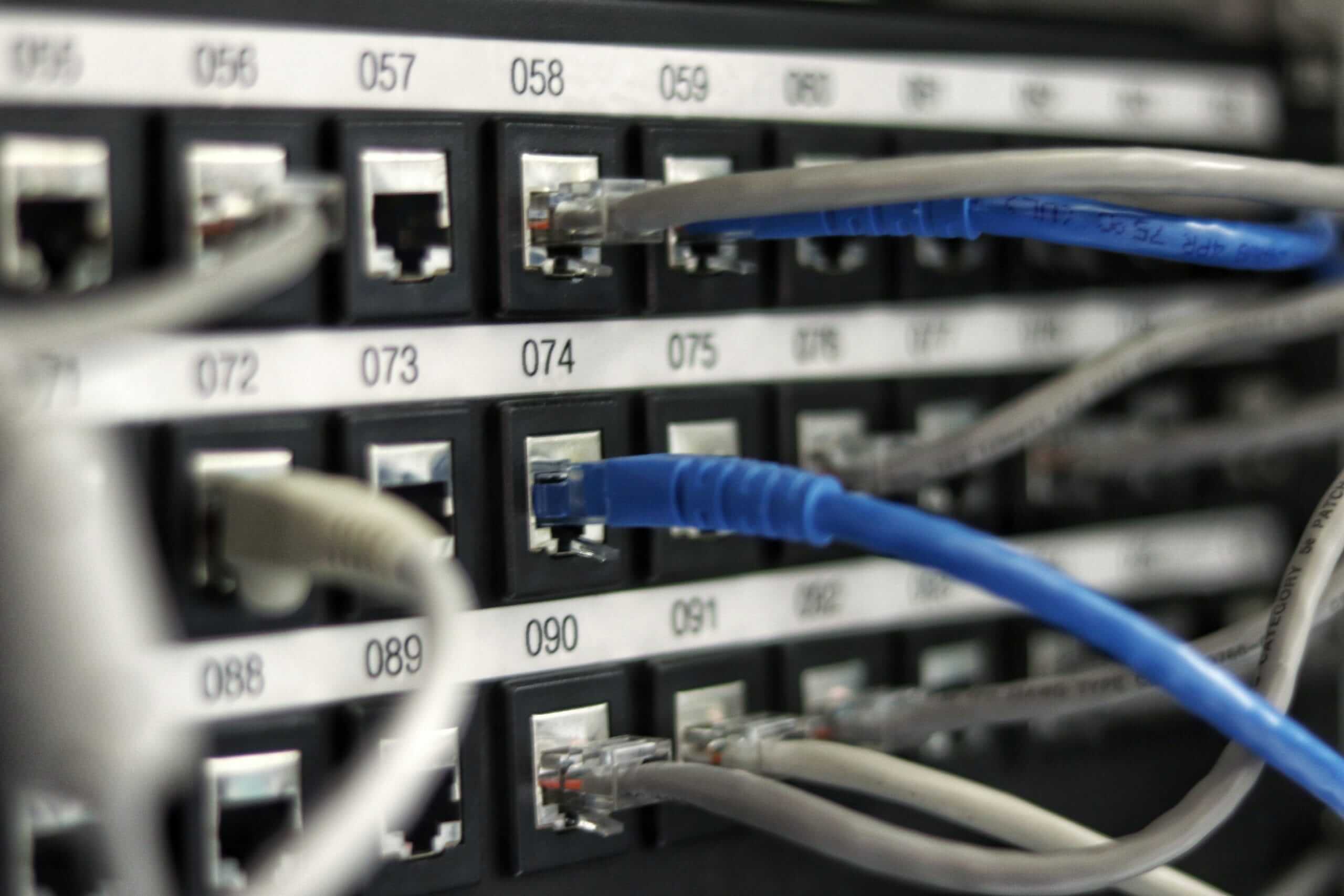 In our previous article on Ethernet Cable Management, Ethernet Cable Types 101: A Quick and Simple Guide, we covered topics such as the year Ethernet was developed, what it was developed for, is it better than LAN, various Ethernet cable types, and how the IEEE sets the national (and in some cases international) standards for Ethernet. According to the IEEE, its standards are frequently updated in order to ” […] develop a set of specifications that participants agree will provide an open and interoperable standard that all vendors can use, the engineers are required to reach a consensus on the technical issues.”

In this second installment, you will learn more about the history and evolution of Ethernet cabling standards.

2. Stranded Ethernet Cables: Less inclined to physically cracks or breaks, which makes them a better choice for those traveling from site to site or with in-home network setups.

Below is a quick rundown of the distinct categories (abbreviated “cat” followed by a numeral or a numeral and a lowercase letter) of Ethernet cables presently in use:

Most technicians and IT administrators use the abbreviated terms listed above, thus, vendors selling Ethernet cabling supplies use these industry terms as well. Even though Ethernet cabling has evolved to Cat8, most organizations still prefer to use Cat5 and Cat6 802.3 cables due to their overall flexibility. The higher categories are far less flexible than Cat5 and Cat6 and transmit at a lower distance albeit at a much higher Gbps.

From Smoke Signals to Electromagnetic Waves

It’s hard to imagine that humankind has evolved from using smoke signals, drums, and bells as a method of communication, to transmitting over 100 Gbps of information over high-tech networks. Smoke signals were among the most ancient forms of long-distance telecommunication, a method used by ancient Chinese soldiers stationed along the Great Wall to alert other soldiers of an approaching threat. According to The History of Media, the Chinese military “used a mixture of wolf dung, saltpeter (potassium nitrate), and sulfur to create dense smoke that was easily seen from a distance,” allowing soldiers to send communications from around 300 to 750 miles away. However, since this involved setting a chain of smoke signals between signaling towers, this process took a few hours.

It wouldn’t be until 1726 that two French physicists (Pierre-Simon Laplace and André-Marie Ampère) and a German mathematician (Carl Friedrich Gauss) introduced the idea of communicating via electricity. Though they were initially unsuccessful, the trio’s research ultimately led to English inventor Francis Ronalds developing the first functional static electric point-to-point text messaging system in 1816. However, rather than transmitting AC/DC electric energy, telecommunications cables transmitted electromagnetic waves and are referred to as electromagnetic waveguides.

Electromagnetic waveguides eventually allowed Alexander Graham Bell to improve on the telegraph with his “harmonic telegraph.” At some point during the mid-1870s, Bell shared his idea with his father-in-law, Gardiner Greene Hubbard, who agreed to fund his project. Only a few years later, the first telephone line was constructed between Boston and Somerville, Massachusetts. By the beginning of the 1880s, nearly 48,000 people had a telephone in their home.

Amazingly, not much has changed when it comes to using waveguides to transmit data over Ethernet cables. Whether it’s a coaxial cable or an optical fiber cable, they’re both considered to be waveguides—the first being an “electrical” waveguide while the second is an “optical” (light) waveguide. Nevertheless, those aren’t the only differences between coaxial and optic fiber cables; there are numerous other characteristics that make the two strikingly different.

The Evolution of Ethernet

Ethernet technology turned 45 years old in 2018. Over the course of nearly five decades, Ethernet hasn’t changed much; it’s still the number one choice for local area networking (LAN) technology. This can be seen in market research that shows hundreds of millions—if not a billion—Ethernet network interface cards (NICs), switching hub ports, repeater ports, among other Ethernet-related devices, have been sold, to-date. And even with the proliferation of wireless LAN technology, the market for Ethernet continues to grow exponentially, outselling all other LAN technologies by a significant margin, as commanded by the ubiquitous Internet of Things (IoT)..

If Alexander Graham Bell is the Father of the Telephone, Bob Metcalfe is the Father of Ethernet. Metcalfe was recruited in 1973 by the Xerox Palo Alto Research Center (PARC) to create the first Ethernet network system. Historically speaking, Xerox was the first company to build a personal computer workstation which featured graphical user interfaces and a mouse pointing device. Xerox called it the “Xerox Alto.” In addition to that, Xerox had also built the world’s first laser printer intended to work in conjunction with the Xerox Alto. Of course, Metcalfe’s solution ended up being the first high-speed LAN technology to link everything together—Ethernet was born.

During the 1970s, Metcalfe would continue to build upon his Ethernet model, most likely one of the most revolutionary inventions since the telegraph. Most technology experts and historians agree that Ethernet has played an enormous role in how computers were used. It can be said that if it weren’t for Ethernet, there would have never been a Digital Revolution. By enabling computers to communicate with each other, Ethernet also supported the rise of information sharing applications such as the World Wide Web and subsequently Big Data, high-performance computing (HPC), and artificial intelligence (AI)—and where would the Information Age be without those technologies?

In 1980, the DEC-Intel-Xerox vendor consortium published the original 10 Mbps Ethernet standard which was entitled The Ethernet, A Local Area Network: Data Link Layer and Physical Layer Specifications (also referred to as the “DIX Ethernet standard“). It included the specs for the performance of Ethernet, as well as the stipulations for single-media systems based on thick coaxial cable. The publishers amended the DIX standard, appending technical revisions, improvements, and minor enhancements.

The DIX V2.0 standard was the last amendment made to the DIX standard before the Institute of Electrical and Electronics Engineers (IEEE) published its own standard entitled IEEE 802.3 Carrier Sense Multiple Access with Collision Detection (CSMA/CD) Access Method and Physical Layer Specifications. Even though Xerox had relinquished its trademark rights over the Ethernet name, the IEEE did not include the term “Ethernet” in its standard. The reason for this is due to the community’s sensitivity concerning commercial names that might suggest endorsement of one specific company or another. For this reason, the IEEE refers to Ethernet technology as 802.3 CSMA/CD, or simply 802.3, for short. Nevertheless, most everyone uses the name “Ethernet” when talking about network systems outlined in the IEEE 802.3 standard.

Since the IEEE created its standard, there have been numerous “IEEE Supplements” or amendments made to the original IEEE standard, particularly when a new media system or capability needs to be added. The additions might be comprised of one or more entirely new conditions and may include revisions to existing clauses. New supplements to the 802.3 standards are assessed by a panel of engineering experts at several IEEE meetings, where the supplements must pass a dogmatic procedure before even being voted into the whole IEEE 802.3 standard.

For anyone who’s been using Ethernet technology long enough, they know many manufacturers and vendors like to sell new varieties of Ethernet equipment before the IEEE completed or voted on new supplements. This exemplifies a problem typical in the computer technology sector: innovation, especially in computer networking, is continuously outpacing the deliberate and methodical method of developing and publishing standards. Thus, it’s vital that you, the consumer, know for sure that newly-released equipment is compatible with your network system.

As you can see, there is a lot behind the engineering design, development and subsequent evolution of the Ethernet 802.3. Entire books have been written on the subject. Hence, FreeAxez will be publishing further material on this subject as well as others concerning advancements in raised access floor technology for cable management. Until then, contact one of our experts today to learn more about Ethernet cable management and our revolutionary Gridd® technology.