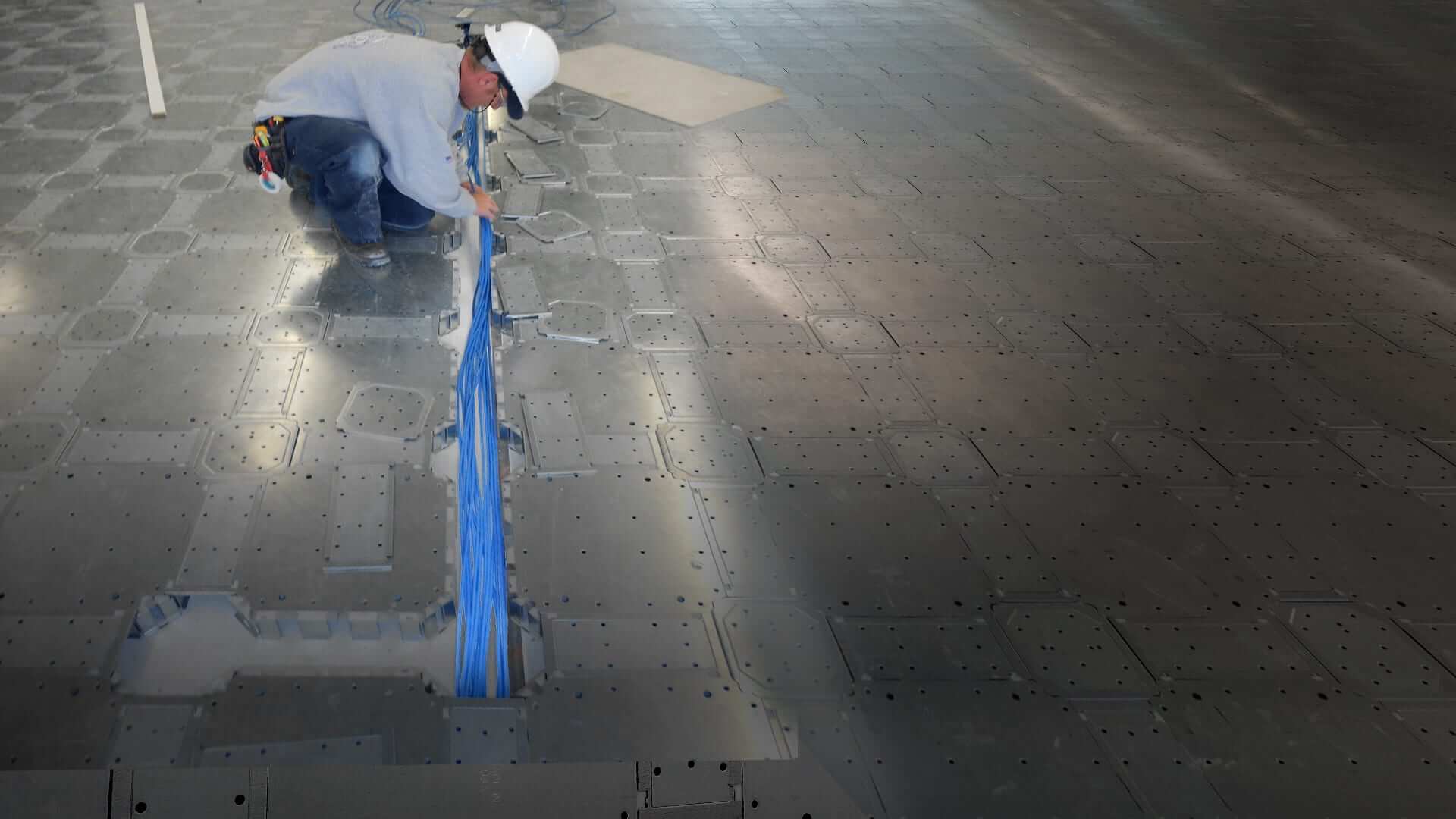 This is the third installment of a series that includes Ethernet Cable Types 101: A Quick and Simple Guide (part one) and The Evolution of Ethernet Cable Types: Understanding IEEE Supplements (part two). The first article covered things such as what Ethernet is, the various types of Ethernet cables on the market presently, how it’s better than wireless LAN, among other things. The second post explained more of the historical and evolutionary aspects of Ethernet; how the telegraph, the telephone, and waveguides ultimately led to Ethernet and why it’s often referred to as IEEE 802.3 or 802.3.

If you haven’t already it might be a good idea to start with parts one and two of this series, to get a better idea of how, throughout its history, Ethernet has been pivotal in the evolution of raised access flooring systems.

The Advent of Modern Flooring Design

The Egyptians were the first civilization in recorded history to develop flooring methods, with the Great Pyramid of Giza being the oldest example of natural stone flooring in the world. Approximately 5,000 years after Egyptian pharaohs introduced stone flooring, highly skilled Roman architects designed the world’s first heated stone floors.

According to The Spruce, the “process made use of large tiles propped up on joists so that a gap was created beneath the surface of the floor. A furnace was placed at one end of this gap while a vent was placed at the other end. The heat from the burning furnace was drawn across the bottom of the floor toward the vent, warming the tile above. These heated floors were used in the homes of the wealthy throughout the life of the empire.”

Over the millennia, flooring is one of the few things that have evolved a lot throughout history without changing much. For the most part, architects, builders, and interior decorators focused on how to make flooring either more comfortable, more aesthetic or both. With advancements in technology, improvements in design, enhancements in building materials, among other things, even the floor, as simple as it may seem, is beginning to take on a more active role in functionality.

Over 2,000 years ago, Roman architects designed functional stone floors. In the 1960s, the International Business Machines Corporation (IBM) took the idea of functional flooring to the next level by adding serviceability and flexibility. As the technology company began manufacturing and selling its System/360 and 370 (both of which evolved into the IBM mainframe), IBM hired the Washington Aluminum Company to design and build a flooring solution that could handle the weight of machines while allowing quick and easy access to cables. In addition to that, like that of the raised stone floor of ancient Rome, IBM circulated cool air throughout the space to cool down certain components.

In the 1980s, office managers for the British Broadcasting Corporation (BBC) proposed a raised access floor design to distribute services around offices and studios. BBC wanted to bring power and data up through the floor rather than down from the ceiling or out from the wall. The idea was to bring flexibility, functionality, and versatility to the work environment. Coincidently, the cubicle was introduced around the same time, paving the way for open-plan offices. Such a design provided BBC technicians access to vital Ethernet cables and other components without disrupting office or studio activities.

Although the concept of raised access flooring has evolved so much since its inception, the basics design principles haven’t changed much. Today’s raised access floors like Gridd® feature sleeker designs and are manufactured from lighter and stronger material. However, the most meaningful difference between raised flooring a decade ago raised flooring now is sustainability. With a growing number of organizations (particularly those with sizeable data centers) looking to decrease their environmental footprint, many are turning to innovative structural designs like underfloor service distribution.

When Georges-Louis Le Sage first realized the electrical telegraph machine in 1774, the Genevan physicist most likely never imagined in a thousand years that his invention would ultimately revolutionize the world as we know it today. Sage’s telegraph machine only had a range of approximately 15 to 20 feet or from one room to the next. Today, thanks to advancements in waveguide technology, the world is more connected than it has ever been. Within a span of a little more than 120 years (give or take), civilization went from using telephones controlled by cord switchboards (cordboards) to carrying around what is essentially a miniature supercomputer.

In a similar manner, raised flooring, originally used in ancient Rome for air circulation, and to keep people’s feet warm, has transcended far beyond basic functionality. Advancements in telecommunications technology ultimately required industry leaders to seek a future-proofed solution to improve operational efficiency; ironically finding a solution from the distant past. The result? These innovations in technology allowed engineers and designers to revolutionize commercial flooring in ways never imagined only a couple of decades ago. Now, people are looking at raised flooring systems as another way of creating sustainable, high-performance buildings that are capable of changing as needed and as effortlessly as possible.

Today’s raised access flooring solutions offer much more in the way of design (whether functionally or aesthetically). New designs have eliminated the need to drill holes into the base floor or walls, nor do they require welding or complex tools. For example, a Gridd® Raised Access Floor Adaptive Cabling Distribution System is assembled like Legos, using absolutely no posts, no glues, no screws, no fasteners, and no tools. The floor is held together by gravity. Innovations in the realm of modern low-profile raised flooring systems, like Gridd®, are allowing organizations and enterprises of all kinds to apply this technology and reap its benefits.

Today, a floor is no longer just a floor; modern floors have multiple purposes. This article only scratched the surface of the factors behind the evolution of raised access flooring and what it can offer. in order to learn more about Gridd® Raised Access Flooring and other related solutions offered by FreeAxez, contact one of our experts today!